USA Today added emojis to their print newspaper, and even the venerable Oxford Dictionaries jumped on the bandwagon, naming the “face with tears of joy” emoji 😂 as their Word of the Year.

With the overwhelming popularity of this new language and Thanksgiving coming up, we decided to dive in and take a look at how people use emojis during this special time of the year. Emojipedia, the Wikipedia of emojis, has created an official list of Thanksgiving emojis. Fall leaves 🍂, corn 🌽, family 👪 , the American flag 🇺🇸, all these emojis embody the spirit of this holiday season and will most likely show up on your Twitter and Instagram feeds.

Using the Twitter API and the fantastic Emojitracker, we collected the number of times these Thanksgiving emojis were used in the last months and ranked them in order of popularity.

With Thanksgiving coming up, we want to see if the use of these emojis will peak. We built the Thanksgiving Emoji Tracker. This chart monitors in real time the use of the 14 emojis on Twitter. We expect it to peak in the coming days!

However, the small world of the Thanksgiving emojis is about to be turned upside down. In October of this year, the Unicode Consortium (some sort of United Nations for emojis) came up with a bunch of new ideas and voted in the 2016 selection ✋. As such, emoji lovers received 184 new emojis to play with, including the long awaited taco emoji, the vulcan Live long and prosper ? and even the NSFW middle finger emoji! More importantly, they also released a new bird into the wild. The turkey emoji is here ? and we love it.

In the shadows of the taco emoji, the turkey is waiting for its 15 minutes of fame. It is displayed as a live turkey, similar to the presentation of the bird emoji, as opposed to turkey meat such as the poultry leg.

We’ve got high hopes for this plump bird during Thanksgiving. Keep track to see how popular the turkey emoji gets in real time with our Turkemoji Tracker.

Read More About The 10 Most Turkey Obsessed States in the US.

Where Do Emojis Come From?

Originally conceived by the Japanese in the late 90s as a way to express intention and emotions via cellular phones, today’s emojis rose to prominence with the adoption of the standard international keyboard on iPhone in 2011 and Android in 2012.

Since the world went emoji, one organisation has set the standard worldwide: the Unicode Consortium.

Made up of representatives from technology giants like Apple, Google and Facebook, the Unicode Consortium originally started as a non-profit that set standards for software text and punctuation. With the rise in popularity of emojis in the past few years, the Consortium has found itself at the forefront of pop culture, acting as the United Nations of emojis by annually voting in new emoji pictograms with each Unicode release. 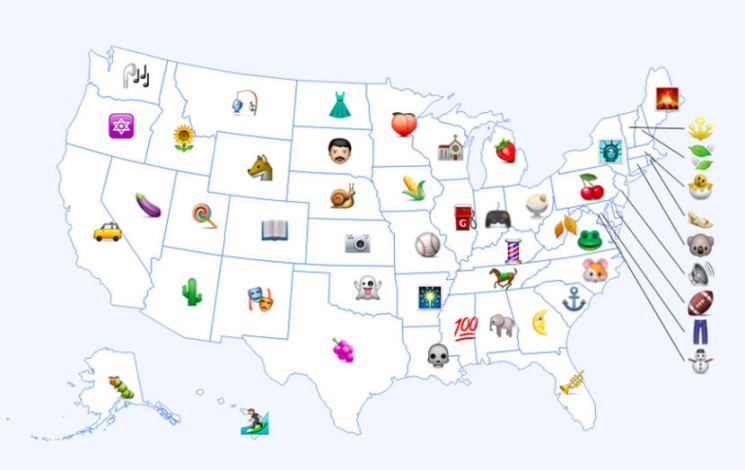 Most popular emoji by state in the US by Swiftkey
Emoji Lobbying: The Taco Petition ?

You may have seen the new Taco emoji ? shared by millions of Mexican food lovers recently on Twitter, WhatsApp or Facebook. That’s because people have been clamouring for years for a taco emoji, and it finally made its appearance in the latest Unicode release this past month. The Taco emoji movement was backed by an online petition that garnered over 32,000 signatures. Taco Bell even released a Taco Emoji Engine to celebrate the launch! 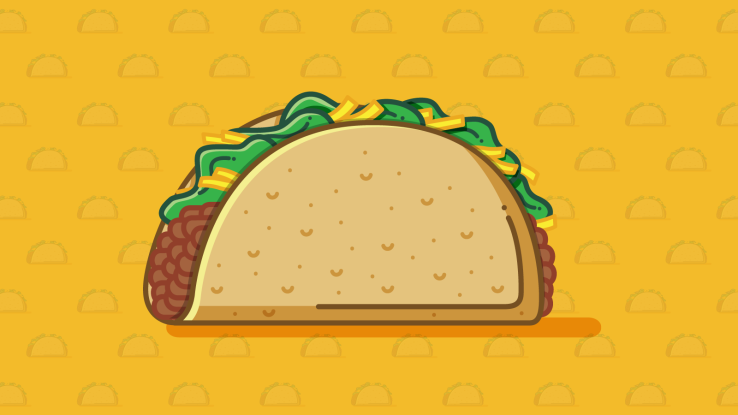 Celebrating this Thanksgiving with your family

You can save every day by catching elusive $1 bus tickets with the Dollar Bus Club!

Happy Thanksgiving on behalf of all of us at Busbud🦃🦃🦃

Read More on How To Recover From Thanksgiving Weekend 92% of online consumers have used emojis this past year.
76% of American workers use them at work.
15% of Americans believe emoji could replace English.
Emoji users have more sex.

Methodology
Using the Twitter API, Emojitracker and Emojipedia we counted the number of times each Thanksgiving emoji was mentioned on Twitter in the last months.

Feel free to use the assets found on this page freely. When using anything here, we ask that you link back to this page so that readers can explore other parts of the post as well.