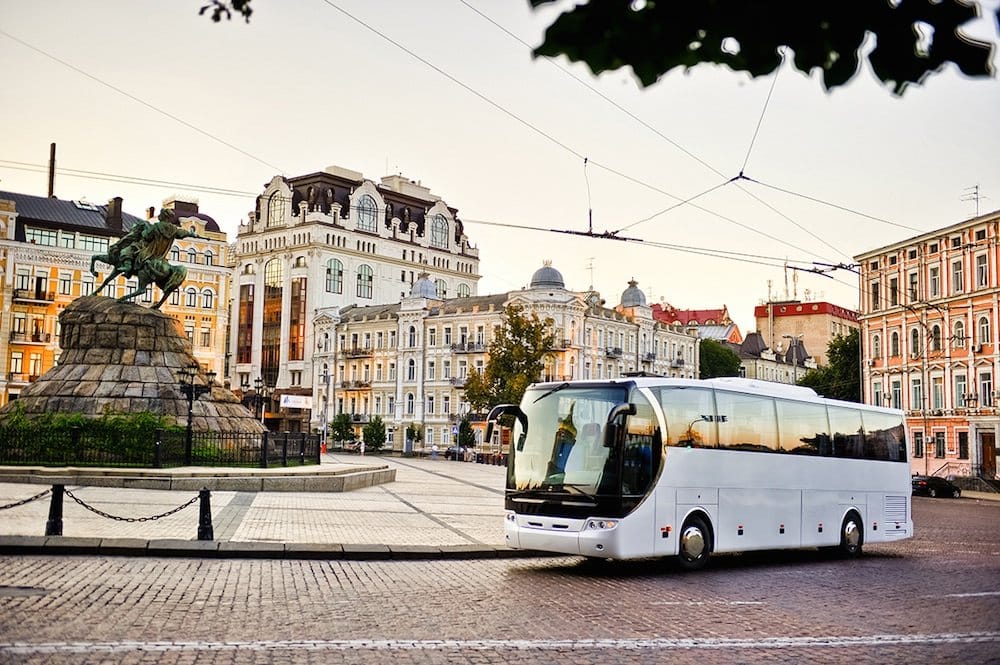 Montreal, Canada. July 9th 2014 - Worldwide bus travel booking leader Busbud announced the closing of a $9 million Series A funding round, co-led by OMERS Ventures and Revolution Ventures. iNovia Capital and Real Ventures, who co-led an initial $1.2 million seed round in May 2013, are also participating in the round.

Busbud is the only platform that helps travelers search, compare and book bus trips online at a global level. Busbud leverages the ground networks of nearly 1,500 bus companies around the world, providing coach scheduling information and booking options for over 10,460 cities in 89 countries.

“It’s easy to find and book plane tickets on sites like Expedia or Kayak. Booking bus tickets online is a whole other story,” says LP Maurice, CEO and co-founder of Busbud. “For example, a bus ticket from Rio de Janeiro to São Paulo during the World Cup can be as low as $29. That information used to be hard to find for international travelers. Now they can find it on Busbud.com and book their ticket directly, without taking that extra trip to the bus station.”

OMERS Ventures has previously led $100M+ investments in Shopify and Hootsuite, and is the venture capital investment arm of OMERS, one of Canada’s largest pension plans. Revolution Ventures is an early-stage investment fund based in Washington, DC, co-founded by Steve Case, Tige Savage and David Golden. Revolution was an early investor in the car-sharing service Zipcar.

“Busbud is at the forefront of the transformation of the large and growing global bus travel industry into a modern marketplace,” says Kevin Kimsa, Managing Director at OMERS Ventures. “LP and his management team have built an industry-leading platform marrying supply and demand at a time when mobile services are simply expected."

“Busbud solves a real problem for international travelers looking to find the best way to get from point A to B,” says David Golden, Managing Partner at Revolution Ventures. “Companies like Uber, Lyft, Hailo and Sidecar are using technology to revolutionize transport for consumers locally. In a similar vein, Busbud is using technology to bring clarity and consistency to the global bus industry, which otherwise operates in a fragmented market.”

Busbud has grown its team from five to more than 30 employees since early 2013, and continues to hire for new positions.

New board members and advisors from Travelocity, TripAdvisor, Expedia and Facebook

Kimsa and Golden join Busbud’s board of directors. Carl Sparks, former CEO of Travelocity, and Luc Levesque, VP of SEO at TripAdvisor / Expedia, are joining Busbud’s board of advisors. Alexandre Hohagen, Vice President for Latin America and US Hispanics at Facebook, and Jonathan Ehrlich, Partner at Foundation Capital, are seed investors in the company.

Busbud makes bus travel easy. By connecting travelers to bus operators, Busbud makes it a breeze to find and book city-to-city bus tickets, all around the world. Busbud.com and the free mobile application are the most comprehensive source of city-to-city bus schedules and tickets around the world, gathering schedules for 10463 cities in 89 countries, in 10 languages and 21 currencies.

OMERS Ventures is the venture capital investment arm of OMERS, one of Canada’s largest pension funds with almost $65 billion in net assets. As both an institutional angel investor and a later-stage investor, OMERS Ventures is looking for successful companies with significant growth potential and market opportunities. They are seeking like-minded partners with a shared vision of building a vibrant and successful knowledge economy.

iNovia partners with exceptional entrepreneurs to build successful companies in high-growth sectors. The team is comprised of entrepreneurs and sector experts focused on Mobile, Internet and Digital Media. iNovia has $275M under management across three seed and early-stage funds.

Real Ventures is a Montreal-based seed venture fund which invests alongside entrepreneurs from idea to exit. The Real Ventures fund aims to be first money behind great entrepreneurs and companies in the web, mobile, SaaS, software, ecommerce, gaming and digital media sectors and to help them achieve their grand vision.