*this departure is leaving tomorrow

Enjoy the hassle-free travel experience the bus offers by taking the bus from Boston with our trustworthy bus partners. When taking the bus from Boston South Station, you can travel with Peter Pan, FlixBus, Greyhound, OurBus, Amtrak. With 150 daily departures leaving from South Station, you will be able to easily find the best bus option that fits your schedule and travel budget.

If you're on a tight budget or simply want to find the best travel deals, you will find bus tickets as low as $1 for bus trips leaving today from Boston South Station.

A guide to Boston South Station

The South Station in Boston is one of the most popular train stations in the northeastern United States. It is located downtown Boston and services Amtrak, MBTA Commuter Rail, and MBTA Subway trains. The station also has many restaurants, shops, and other businesses and is definitely a must-see for any visitor to Boston.

Originally built in 1899, South Station has since been renovated several times. It is currently owned by the Massachusetts Bay Transportation Authority and is one of Boston's most popular tourist destinations.

If you're in Boston, the South Station is a must-see. It is a world-renowned train station that serves many parts of the northeastern United States. It is also conveniently located near many of Boston's most popular attractions. Whether you're taking the train or the bus, the South Station is the perfect place to start your journey. 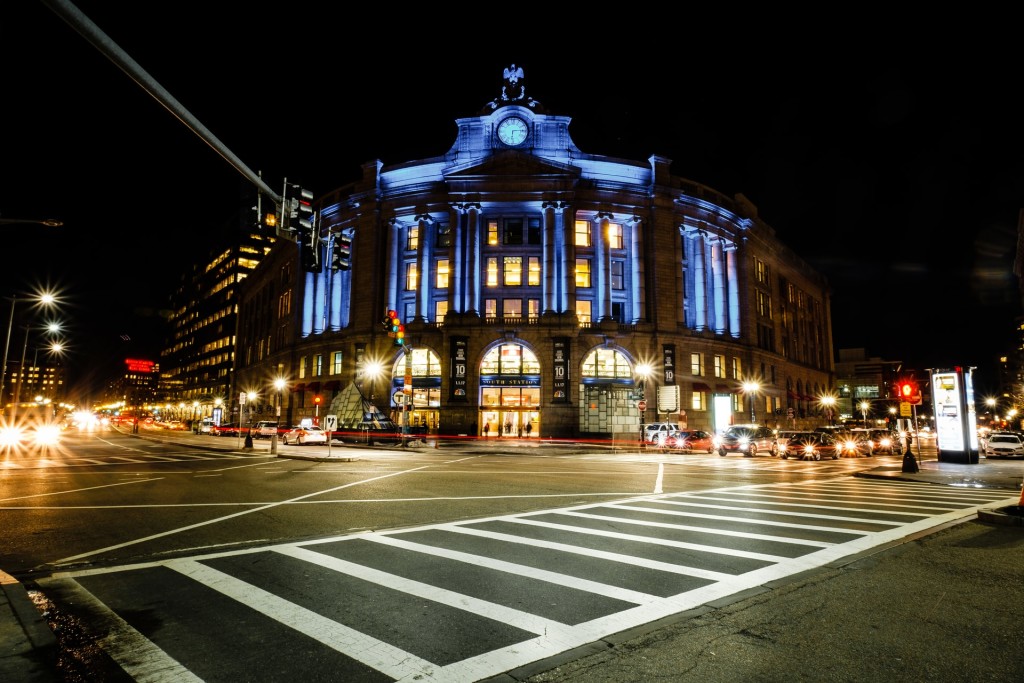 Where is Boston South Station?

Open 24/7h, South Station is located at 700 Atlantic Avenue in Boston, Massachusetts. It is conveniently located near many of Boston's most popular attractions, including the Freedom Trail, Fenway Park, and the New England Aquarium.

The South Station is located in downtown Boston, near many of the city's most popular attractions. Downtown Boston is a bustling neighborhood full of businesses, restaurants, and shops. It is also home to many of Boston's most popular tourist attractions, including the Freedom Trail, Fenway Park, and the New England Aquarium.

The South Station is also a hub for many bus companies, including Greyhound, Peter Pan, and BoltBus. These companies offer service to many cities in the northeastern United States, including New York City, Philadelphia, and Providence. The station also connects to a few destinations in Canada, like Montreal and Toronto.

How to get to the station

If you're driving to the South Station, there are quite a few parking options available, so you won't have trouble finding a place to park. Most garages have rates starting at USD$9 per 20 minutes and usually up to USD$ 45 for the entire day. For two hours, expect to pay around USD$ 20.

The South Station is home to many restaurants, shops, and other businesses. There are various food options available, from pizza, pretzels and pastries to healthy meals and different kinds of food. A few of them are Dunkin' Donuts, Starbucks, Pret A Manger, Au Bon Pain, Southwest Grill, Master Wok, McDonald's, and Boston Market.

Shops in the station include a newsstand, a florist, a pharmacy, and a variety of stores selling souvenirs, clothes, books, and other items. There's also an ATM if you need to withdraw cash.

The South Station is accessible to people with disabilities. There are elevators and escalators throughout the station, as well as Braille signage. There are also a few restaurants and shops that are wheelchair-accessible.

If you will be traveling by Amtrak from South Station at a later date and have a valid ticket, you can store your luggage for $4 per bag per day in the Amtrak Baggage Room.

At the bus terminal, you can leave your luggage at Greyhound Package Express, located on the 5th floor. Expect to pay around USD$ 10.

The main information booth may be found just to the left as Red Line passengers reach the steps down from the station in the Grand Concourse area.

On the bus terminal, you'll find bathrooms on the third floor. At the train terminal, they are located above the food court.

The South Station is a safe place to visit. There are police officers stationed throughout the station and security cameras. The station is also well-lit and has people moving around at all hours of the day.

Plus, it is located in a safe area of the city, where you are unlikely to experience any trouble.

What is nearby the Station

South Station is a great place to start seeing Boston. The station is located downtown, so you'll be close to all the action. From there, you can walk to places like the Freedom Trail and the New England Aquarium.

Boston Common, the oldest public park in the country, is just a short walk from South Station. The park is a great place to relax, take a walk, or have a picnic. In the winter, the park turns into a giant ice skating rink.

From the station, you can easily take one of the many options of public transportation modes to explore even more of the city.

What other bus stations are close to South Station in Boston?

Busbud helps you easily search, compare and book intercity bus tickets on a worldwide scale with our comprehensive list of bus routes and schedules. Use Busbud to book your trip online, in your own language and currency, wherever you are. Busbud prides itself on its worldwide partnerships. We make it possible for you to buy tickets with its large network of trustworthy bus partners like Greyhound, Eurolines, ALSA, OUIBUS (BlaBlaBus), National Express and many others.

Other popular destinations from Boston