Book BlaBlaBus Bus Tickets for your next trip

Find and book the cheapest BlaBlaBus bus tickets online with Busbud. Thanks to our large inventory and using our sorting and filtering features, you'll be able to find the best BlaBlaBus fares easily.

Conveniently search for BlaBlaBus bus schedules and BlaBlaBus prices to choose an option that best suits your needs.

You'll be able to see which amenities are available for each individual departure when you purchase your BlaBlaBus bus tickets online. These amenities may include WiFi, onboard restrooms, A/C, and power outlets among many others.

With our coverage of all available BlaBlaBus bus lines, we make sure you are able to get to where you need to be.

With information like BlaBlaBus phone number or the closest BlaBlaBus bus station, Busbud makes sure you get easy access to all the important information.

Busbud is proud to partner with BlaBlaBus and to offer BlaBlaBus services to travelers all over the world. 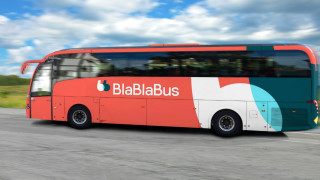 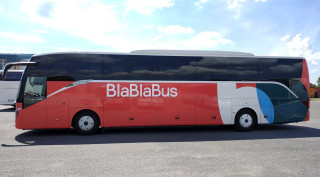 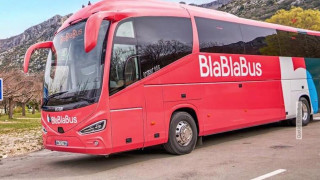 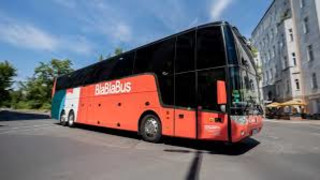 So sad the bus driver didn’t accept my booking because he didn’t see it on his cell phone. I booked another trip somewhere else. Please give me a credit .
Barcelona to Lyon

September 18, 2022
My only concern was rather jerky driving. I know the roads are curvy, but I was feeling sick by the time we arrived. Even my husband, who rarely notices, said he felt rather car sick.
Nice to Genoa

September 18, 2022
We booked ticket month in advance, but we're assigned seat in the last row, even though tickets were available two days ago. This is completely in acceptable as we got the worse seats for a 12 hour journey. I will never travel with blablacar bus and won't recommend it to anyone
Paris to Bilbao

September 12, 2022
Good value for money but no signage or guidance at bus station. Bus was 15 mins late
Annecy to Chamonix

September 3, 2022
Both times I have taken blablabus, the driver has stopped for what was supposed to be a quick stop and turned into a 30-40 minute break. In this case I was on a. Deadline to get to the airport and I almost missed my flight as a result. Why were we stopping for 30 minutes when we were on schedule during a 2 hour drive to the airport. Being on time, especially for airport trips, should be a priority. This stop was extremely long and unnecessary. There was no traffic. I will never take blabla again
Marseille to Nice

August 30, 2022
Terrible! Four different drivers told me my bus was delayed but would arrive. It never did and I’m never using BlaBlaCar again.
Montpellier to San Sebastian

August 30, 2022
Was not as expected. There is even no power cable to charge mobiles and also no WiFi in bus.Also so much of time the bus was very idle and simply stopped in a place.
Paris to London

August 30, 2022
The bus didn't come on time. The conductor didn't even look at me and was impolite. There were not seating numbers and everyone sat down randomly though I received my seat number. It was a lot of mess.
The Hague to Amsterdam

August 30, 2022
I booked same day… 1:30 PM not could be in the web before 5:00 AM. When recived the brochure try to contact to cancel. Personal assistance English only speaks French. In the web proceed to cancel but with 20 euros, for having the schedule bad organized in the web. Three calls, plus time to arrange and cancel. 20 euros for nothing. Many thanks
Chamonix to Geneva

August 29, 2022
The driver of the bus was very rude with the passengers. The bus arrived at the gate on time but the driver spent almost 15 mins without opening the doors and chatting with one of other person inside the bus. All the passengers were made to wait for the the driver to open the door. Upon asking for this behaviour, the driver behaved very rudely with one of the passengers and did not allow him to board the bus. This kind of attitude towards the customers is deplorable.
Paris to Amsterdam

August 28, 2022
There was no child seat on the bus. After the trip, the driver said that passengers should come with their seat.
Chamonix to Geneva

August 28, 2022
Passengers with long travel time should not be seated on the last road of the bus. It's very uncomfortable being seated between people on both sides and people which lack on hygiene.
San Sebastian to Bordeaux

August 27, 2022
2 hours delayed. And when I arrive to Barcelona, became other trip to Palma de Mallotca by plane or by ship, so I cannot arrive later.
Perpignan to Barcelona

August 26, 2022
Caught one of your busses from Luxembourg, clean and p polite. The one from Brussels needed a clean, cracked windscreen.
Brussels to Amsterdam

August 24, 2022
I would suggest that there is a toilet in the bus. Because people take a long time on the bus.
Paris to Stuttgart

August 23, 2022
The driver from Madrid was so stressed and rude to passengers. Did not want any one one to ask him anything during the stop or pause
Madrid to Brussels

August 22, 2022
The bus driver was very rude and made me feel uncomfortable. I arrived at the bus station in Chamonix and saw the bus driver standing outside of the bus smoking a cigarette. I asked him if this was the bus to Geneva aeroporte, and he just looked me up and down and didn’t respond. I checked the bus number and saw that it matched my ticket so assumed it must be the bus. However, I thought perhaps he wasn’t the bus driver even though there were not but 2 other people at the station standing far away with backpacks on. I asked if he was the bus driver and he said angrily,”do not speak English to me, I only will speak in French.” I was completely flabbergasted because I wasn’t being rude and could not believe he said that to me. This was by far the worst treatment I got my entire stay in Switzerland and France. When it was time to board I was the only passenger and he asked to see my ticket, I showed him and then he opened the luggage compartment and walked off. I loaded my luggage and the only door open was the back one, so I boarded I. The back of the bus. I have never been treated so inconsiderate In my life.considering the nature of the work I’m sure he deals with tourists, especially English speaking ones all the time. This is totally uncalled for the way he treated me. Also considering I am a young single female it made it very uncomfortable for me to board the bus with him alone as I was the only passenger until our second stop.
Chamonix to Geneva

August 21, 2022
I had a horrible experience and I will never use BlaBlaBus and will not recommend it to anyone. My first part of journey was cancelled without prior information (actually I received confirmation one day before) and the support team were the worst customer service I have ever seen, very indifferent and not helpful, their level of English proficiency was very low they couldn't comprehend or give me advice. The second part of journey was delayed in the middle of the night without proper place to stay (while it was windy and not safe for three women). The bus was with very low quality and we could not sit on own seat as they were occupied and we were in very uncomfortable seats. THE MOST horrible journey of my life !!!
Rouen to Amsterdam

August 19, 2022
Our driver was very helpful and a great driver, smooth and I felt safe during my trip .
Paris to Geneva

August 19, 2022
The bus from Venice did leave on time and arrived to Paris on time and was more comfortable and the driver actually listened to some of our requests regarding hygiene and air conditioning. The main issue was from Paris to London in which the bus was late 4 hours for both departure and arrival + the driver was a bit naughty and didn't listen to turn off the air conditioning when we asked so, because we were quite literally freezing at some point. The thermometer even displayed 11°C for inside the bus
Venice to London

August 17, 2022
Crew were very friendly, driving good. Bus quite comfortable, toilet well maintained. I was sorry to have to cross the Channel with P&O after their terrible treatment of employees. The bus delays may have been worse than I say, but I didn't note the times.
London to Paris

August 16, 2022
I posted one day night job and I will never use the bus again. 4hours late for arrival and 2h15 late for departure .
Paris to London

August 16, 2022
The driver to drove from Montepellier to Cannes don’t announce in the stop and I and family got out the bus thinking that was Cannes and we were in Marsella . The staff in the station didn’t help to gave us another ticket. We have to spent 200 euros in buying trains tickets and stay in the station more than 6 hours and spending money to paid the washrooms and food.
Barcelona to Cannes

August 14, 2022
I didnt get the name of the driver but he was by far the best driver I have ever had. He made the trip amazing, beyond 10/10!
Paris to London

August 14, 2022
The bus was so late that I was stuck in Paris for a night as we missed the connection, I never got to Amsterdam
San Sebastian to Amsterdam

Busbud is a bus and train search tool—we include BlaBlaBus routes, schedules and prices in our searches, along with many other train and bus companies. You can compare prices, amenities and times by searching for a route. If you find a suitable trip, you can go ahead and get your BlaBlaBus ticket from us. Note that train tickets sell out, BlaBlaBus and other operators generally charge a lot more for last-minute tickets or for tickets bought in person.